Peshawar, I had been told, feels more like Afghanistan than Pakistan. Well, it is the first city I’ve come to on this trip where I instantly felt that I was in a foreign country. Lahore and Karachi are cosmopolitan cities, more like Delhi or Mumbai than, say, Chennai is, and I felt instantly at home there. Faisalabad is like any town in Punjab, except for the signs in Urdu and suchlike.

But Peshawar feels different. Right from the way people look, with their fair, clear complexions, to the way they speak, in Pushto with lilting tones, or in English or Urdu with Pushto-like lilting tones. In fact, many people have randomly started speaking to me in English here, as if they don’t wish to speak in Urdu.

Outside the stadium yesterday, as my colleagues and I were walking on the street, a young, tall man fell into step with me and asked if I was Indian. “Yes,” I replied.

“Where in India?” he asked.

I laughed, and he changed the subject. He asked us for passes to the game. We told him he’d be better off asking a Pakistani journalist, we didn’t have access to passes.

“Oh, these Pakistanis are thugs,” he said. “They always want to make money. These people from Pakistan, they are selfish people. Tomorrow you see, stadium has capacity of 20,000 people, but 40,000 will come. Colour photocopy. Ticket.”

Then he unleashed an expletive at Pakistan. Another country indeed, I thought.

I asked if I could take a picture of his. That cheered him up, and I asked him to get inside an auto that was standing right there, and clicked the picture below. 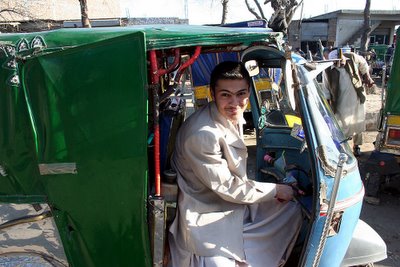 As we parted, he said, “I wish I can watch the game. Shahid Afridi and Sehwag are big fans of me. Who are fans of you?”

“Nobody,” I replied ruefully, and we parted.

My friends and I roamed around a bit, checked out the Pakistan team in the nets, and duly came back to our guesthouses, where I asked a bellboy about Peshawar’s famous Gun Market.

“Oh it’s too dangerous to go there,” he replied. “Don’t go there. But if you want something we can get it for you. Gun-One chahiye?”

“Er, some other time,” I replied. Meanwhile, here are some pictures from yesterday afternoon. 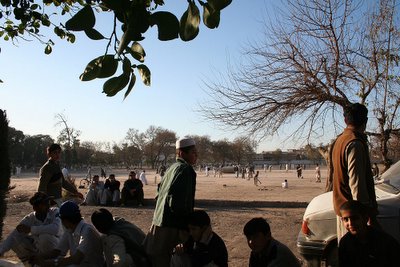 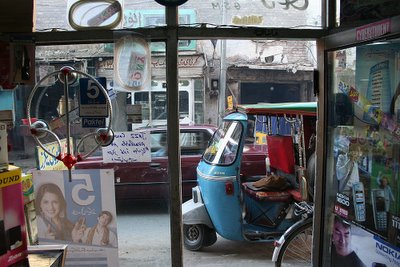 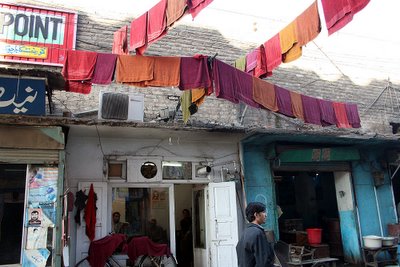 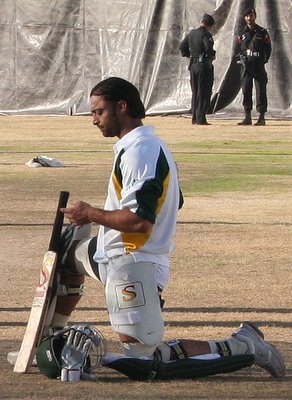